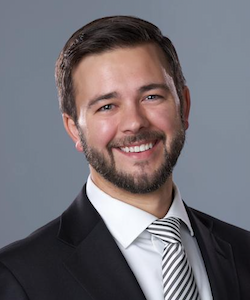 Ryan is licensed to practice law in the state and federal courts of Tennessee, Mississippi, and Arkansas.

Honors and Awards
Contact Us
Practice Areas
Client Reviews
★★★★★
"We have used Ryan for about a year now and we've had great experiences. He's very attentive and takes all the time we need to answer questions and resolve issues. He goes out of his way to help us and get the best results possible. Not to mention he's honest and up front and that goes a long way in my opinion. I recommend him to EVERYONE" M.S.
★★★★★
"I want to let everyone know that I hired Mr. Hagenbrok and he is a awesome lawyer, he's fantastic and confident on what he does and his personality is down to earth and very nice. He has taken time to always call me back and if I was looking for answers he was there to give me what I was needing to know . I couldn't had a better lawyer than what I have and would hire him again if need be. His whole Staff is very nice as well and always calls back on a timely matter. He drove two hours to handle our business and I appreciate that and everything he has done for my family and I. I recommend him to anyone that needs a outstanding lawyer . Thank you again and may God bless you and you're family." R.H.
★★★★★
"Extremely professional, easy to talk to, and well versed on my situation. Pleasant, personable and highly recommended." A.L.
View More
Submit a Law Firm Client Review